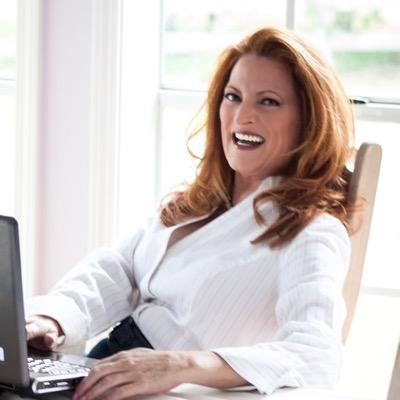 From History to Art to Accidental Publisher

Kara Casanova didn’t intend to become a publisher. She started out in marketing after taking a hodge podge of courses in college from history to art to marketing and design. Although she didn’t realize it at the time, her meandering course work was the perfect preparation for the life she has ended up leading.\r\n\r\nAfter working at Chick-fil-A for a time, where she went far beyond mentoring a couple of teens to becoming a mother to them, in 2004 she was dragged into spearheading a project at Westdale Middle Magnet, which her other two children attended, to raise funds to finance the construction of the biggest playground in Baton Rouge. When the person originally hired to lead the project dropped the ball, Kara picked it up and ran with it. Under her leadership, she raised $65,000 in a handful of months.\r\n\r\nThere was then a natural lull in the project around Christmas time, while the school waited for the playground to be constructed and then delivered. Not one to remain idle, Kara told her committee, “Don’t call me for a few weeks. I’m going to be baking cookies.” She planned to make three shapes of cookies for her kids to take to school for their friends. She baked polar bears, snowflakes and penguins.\r\n\r\nSurrounded by cooling sugar cookies that covered every surface of her kitchen, Kara and her daughter began the long process of frosting them. “I saved the penguins for last,” Kara said, “because the black frosting can be tricky.”\r\n\r\nIt was late at night and into the next morning when Kara began frosting the penguins. “Every time I frosted the penguins, the icing flipped up. It was 2 a.m., and I was laughing hysterically, because the penguins looked like Elvis.”\r\n\r\nOver the next few weeks, the image of those pompadour-ed penguin cookies kept Kara amused, and a story began to coalesce around their image. Then in January, with her kids back in school, she realized, “I should just write it down and get it out of my system.”\r\n\r\nIn no time, she had most of the story written down. “I had it pretty much composed in my head,” Kara said.\r\n\r\nWhile she might have had the story of Elvis the Penguin down, it was not about to get out of her system. Friends who read the story encouraged her to publish it. So, after clearing the idea and the use of lyrics with Elvis Presley Enterprises, and working with LSU art student, Anne Lipscomb, on the illustrations, she shopped the manuscript to several traditional publishers, none of whom were willing to move forward.\r\n\r\nUndaunted, Kara took matters into her own competent hands by self-publishing with WingSpan Press.\r\n\r\n“The book broke records,” said Kara, from the moment it came out. Usually, according to Kara, at Barnes and Nobles book readings, they sell about 24 books. “Mine sold 72.” She has had two book tours, appeared at the Tupello, Mississippi, Elvis festival, and this spring she will be in Las Vegas to promote the second edition.\r\n\r\nElvis the Penguin has more work to do, though. He will appear as part of ICare’s anti-bullying campaign in local schools. They have developed curricula featuring Elvis and the bullying he receives in the book for being different from the other penguins. The curricula targets different age groups and moves from simple coloring sheets to discussions about social diversity. Elvis the Penguin mania will culminate April 20-24, when schools celebrate Elvis the Penguin week, complete with costumes, readings and penguin themed activities.\r\n\r\nThere will be more Elvis the Penguin coming in the future, too, which has led to a shift in goals for Kara. “My whole goal was to promote the book myself for two years and get the attention of the big boys of publishing,” said Kara, “but another business person helped me realize that I don’t need them.” Instead, Kara has restructured the business, bringing on investors to help her move forward. She has almost completed the process of becoming licensed by Elvis Presley Enterprises, since a second product, whether a book or a stuffed animal, would trigger copyright infringement.\r\n\r\nHer next problem to address is more mundane—where to store 4,000 copies of Elvis the Penguin in the small house on Oleander that she currently rents. Although she doesn’t plan to rent forever, Kara has no plans to leave the Garden District. She, her four kids, and a small penguin with funny hair are home.