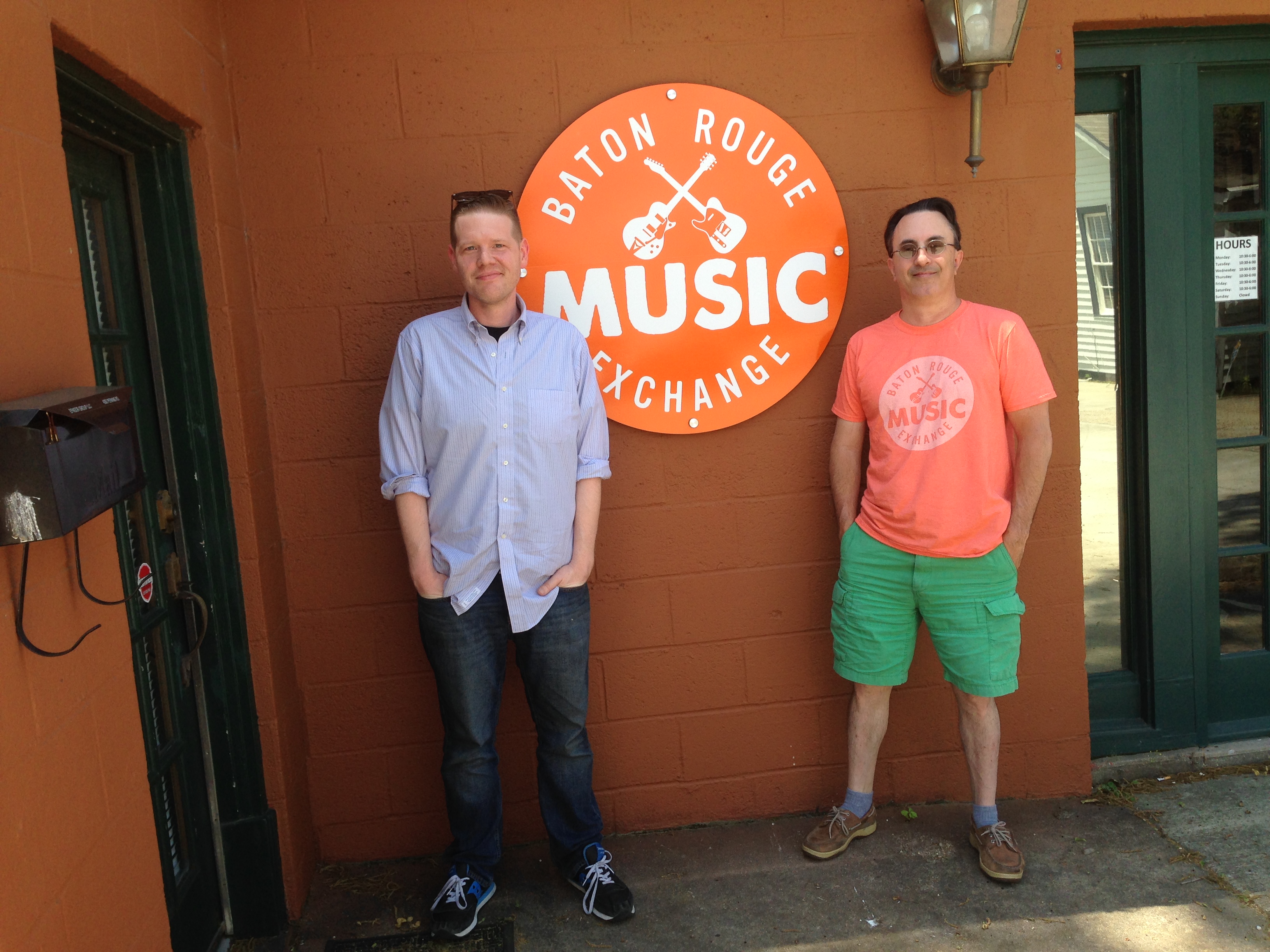 Music Makes the World Go Round by Mindy Piontek

In October of 2015, James Fogle and Adam Planche, friends for twenty years since they were 15, opened the Baton Rouge Music Exchange on Perkins Road between Acadian and College.  Before that time, the building tucked behind Black Torch Tatoos served as their rehearsal space for their bands and solo acts.  Fogle had recognized a need for a music store on the south side of town, a need created when Bebop Music Shop on Government closed a few years back.

“We’ve had a need for a small Mom and Pop music store on this side of town,” says Fogle.

The need was so pressing, that although only open for a few months, the pair are already searching for a bigger location in the area.  With amps and guitars lining the walls, and additional stock of drum heads, effects pedals, guitar picks and strings, not to mention sheet music, the current shop only has room for a couple of chairs.  “It becomes really crowded if more than four people are in here,” says Fogle.

Fogle envisions the new space as somewhere for people to hang out and both perform and appreciate music.  He plans to offer locally produced artwork with no consignment fee, merchandise such as CD’s and T shirts from local bands, and he is looking forward to getting the rest of his inventory out of his house and into the larger space.  “People bring me a lot of cool stuff and I keep it,” says Fogle.

Fogle’s Myrtle Street home is a music haven, thanks to his “very supportive and cool” wife, Anna, daughter, Margaret, and a piano and guitar playing son, Elliot, who shares his dad’s love of music.  “We have a jam room on the third floor.  It looks like a hurricane went through the place after my son and his friends have been up there,” says Fogle.

Like his son, Fogle developed his interest in music early.  “My parents got me a toy drum set with paper heads when I was 3 or 4, and I just destroyed it,” says Fogle.  When he turned 5, his parents sprung for a real drum set, and he now enjoys playing guitar and piano, and singing, as well.

Fogle’s day job should serve him well as he searches for the perfect space to buy or rent, since he’s a fourteen-year veteran real estate agent with Century 21.  Fogle calls South Baton Rouge his stomping grounds, and he plans to keep stomping and playing music in this part of town that he calls home.