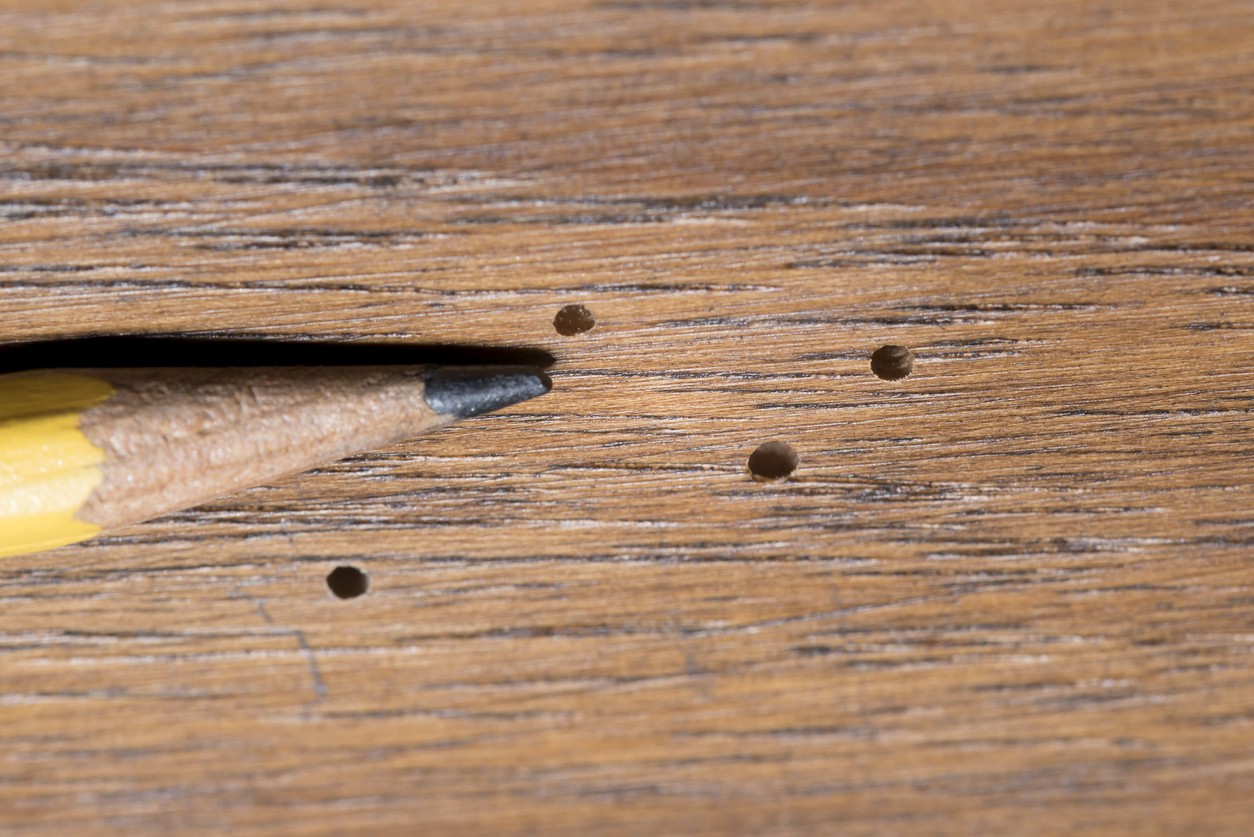 The word “termites” can strike fear in a homeowner and for good reason.  The damage their voracious appetite can cause to wooden structures can be devastating. But did you know that the powderpost beetle can cause as much damage as those dreaded termites.  A Garden District resident recently discovered their subfloors had been infested with powderpost beetles and had to undertake an extensive repair job to floors and subfloors to eradicate the damage inflicted on their home.

We are providing information on this menace to give homeowners something to reference when discussing possible infestation with your exterminator and an idea of what to look for to spot the potential presence of the beetle.

The following information regarding powderpost beetles is taken from the Terminix website.

Powderpost” is the descriptive name given to several different species of wood-boring beetles that can infest homes. These insects lay their eggs in the pores of wood. Their larvae then hatch from the eggs, feeding on the wood and creating a series of tunnels as they go.

Eventually, the larvae will mature into pupae and then adult beetles. Once the insects reach adulthood, they tunnel their way out of the wood, leaving behind a tiny exit hole. This life cycle can take two to five years to complete, meaning the larvae are literally eating the wood in your home for years.

Like termites, some powderpost beetles will feed on hardwoods — such as oak, ash, walnut, bamboo and hickory — and softwoods like pine. As the frames from most homes are built from softwoods, certain species of powderpost beetles can cause structural damage to houses.

Other species of powderpost beetles will only eat hardwood, but that doesn’t mean you’re in the clear. While you may not see structural damage from these species, it is possible to discover infestations in wood paneling, crown molding, window and door frames, plywood, hardwood floors or furniture.

How Do I Know If I Have an Infestation?

Short of actually laying eyes on a powderpost beetle, one of the only ways to know that you have a problem is to see the frass they leave behind. Frass is a mixture of powderpost beetle larvae excrement and miniscule wood particles that falls out of the exit holes the adult insects make as they emerge.

Depending on the species of beetle, the frass can either be extremely fine — like flour or baby powder — or slightly gritty like cornmeal. The best way to determine whether the residue you find in your home is a result of powderpost beetle damage or the work of another insect is to arrange for an inspection by a trained pest control professional who will better be able to identify the culprit.

How to Treat Powderpost Beetles

There are DIY treatment methods that you can find online, but the effectiveness of these is hard to gauge, making them risky solutions. Because of this, it’s best to consider a professional pest control service provider.

What Does Powderpost Beetle Treatment Cost?

Fortunately, because treatments are customized to your situation, there’s not an exact number for how much treatment will cost. The final figure will depend on factors such as where in the country you live, the size of your home, location and extent of the activity. Additionally, it’s possible that repairs will be needed to address powderpost beetle damage, which can further increase the final price tag.